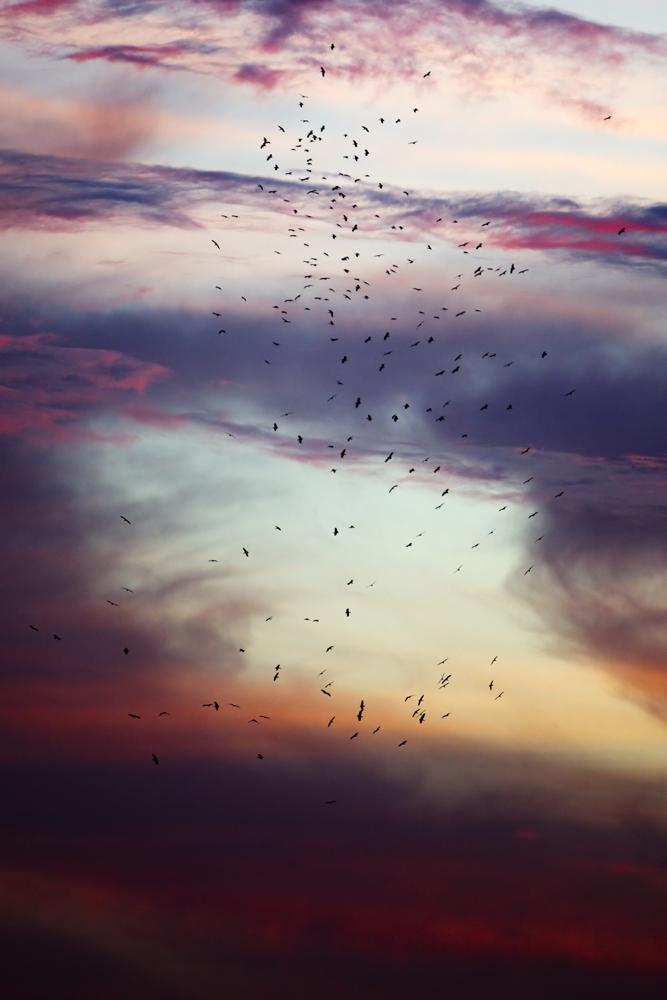 Abdim’s storks getting sucked into an approaching storm.

When I decided to take a photograph of a phalanx of Abdim’s storks flying into a fiery sunset, I failed to see the storm brewing just beyond their reach. I was mesmerized by the glowing clouds and the amber, ruby and sapphire hues of Etosha’s setting sun. The storm was moving in quickly and suddenly the close knit group was being lashed by strong winds that pulled them apart. As I watched in awe, the birds continued to fight the winds to stay as a group as they moved closer to the dark storm. Eventually darkness overcame the spectacle, and the last I saw of the storks was them being dangerously close to thunder and lightning.