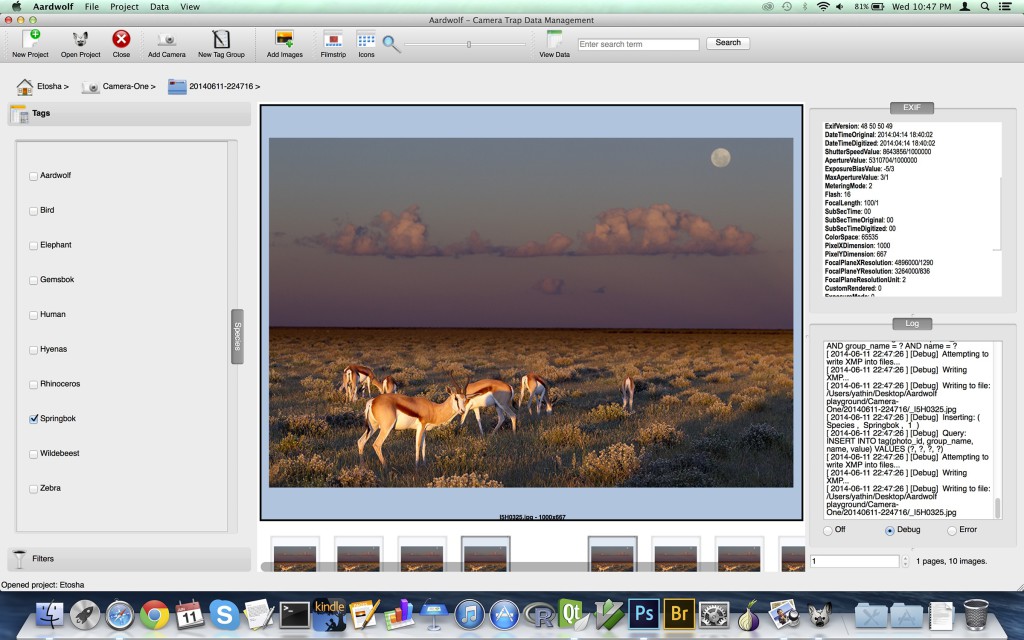 A screenshot of Aardwolf

About four years ago, Wendy got her hands on the first batch photographs from her camera trap study. Twenty cameras had collected more than a hundred thousand photographs in just a few short months. The project was only beginning and Wendy realized that there would be a lot more photographs in the future. Maybe even a million. Berkeley ecology graduates may be awesome, but they were not trained to handle such large amounts of data. On the other hand, I had been working for Yahoo! for a few years then, and a million photographs were just another small dataset for me. As no other software program was available to suit our needs, we decided to build our own software that can scale to large camera trap studies and can also be flexible for use in many different kinds of studies.

With this software, the project’s 1.2 million photographs were processed over two iterations. The cleaned up data from the photographs revealed some interesting patterns which are part of a manuscript (revision) in preparation.

More about the software:
Paper in Ecological Informatics (contact me if you need a copy)
Source code (GitHub)
Packages for Windows and Mac OS 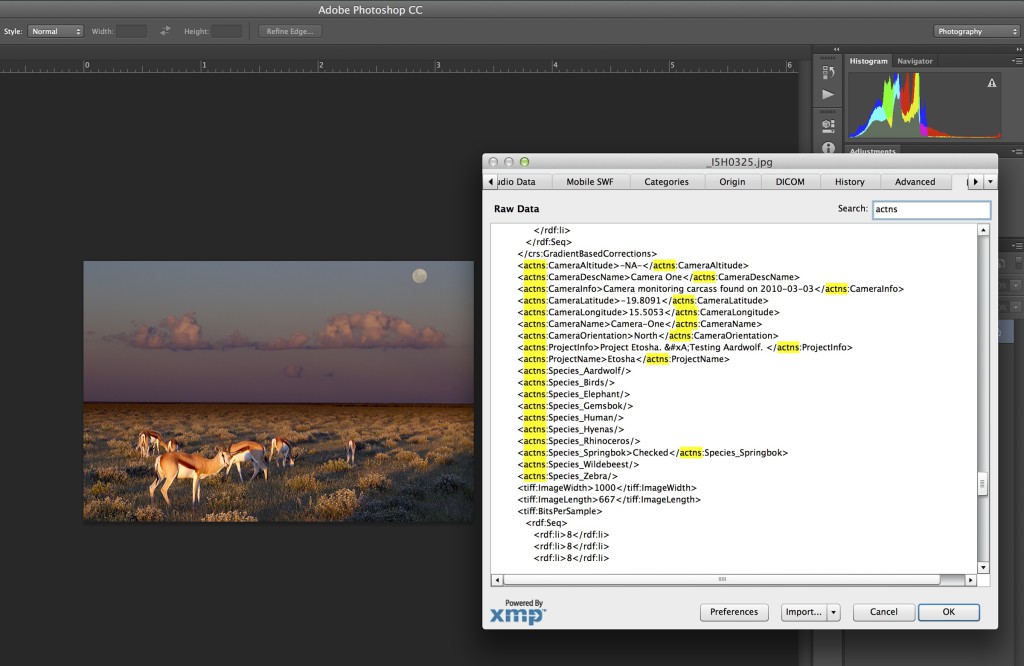 Aardwolf can directly write to file metadata (XMP). Here is how Aardwolf annotated data looks like when a photograph is viewed through another program.