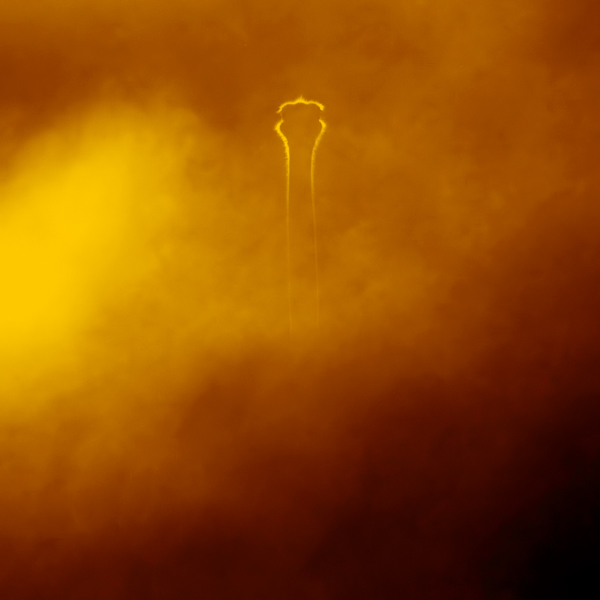 An ostrich engulfed by the dust it kicked up during its late afternoon dust bath.

In January of 2012, I drove from Etosha National Park in northern Namibia to Pretoria in South Africa. I stopped in the Kgalagadi Transfrontier Park for a week to see a little bit of the mighty Kalahari. The superstars of the Kalahari – meerkats – were on top of my wishlist for the park, but I didn’t have any luck in finding them. However, time in the wilderness is never wasted and there is always something interesting to see. On my last day in the Kalahari, I was driving back to camp for the last time on that trip without having seen meerkats, but having just seen a beautiful family of bat-eared foxes. Beautiful things have the habit of showing up when there’s no time as I have previously mentioned. This time, the sun was at a really low angle and blasting right into my eyes. It was so harsh that I could not see through my dirty windshield. As I drove extra slowly in unfamiliar roads and hoping to make it to the gate on time, I looked out to my sides to give my eyes a break from that relentless orb in the sky.

With the small hills casting long shadows, a few ostriches were using the shade to dust bath. I had seen smaller birds and even ostriches dust bathe elsewhere, but the setting for this bunch was absolutely spectacular. They were bathing near the edge of the shadow and the dust they were kicking up caught the slanting rays of the sun perfectly. With their necks hidden away and their gigantic wings flailing about wildly, they were throwing up large quantities of dust on themselves and into the dry Kalahari air. The gentle wind that evening ensured that there was a dust cloud about the size of a basketball court around the ostriches. The whole magical time with dust and light lasted for a few short minutes. The sun quickly disappeared behind the nearest hill and the dust baths suddenly looked very ordinary. It was also time to hurry back to the camp, and thanks to the ostriches I had given my eyes a wonderful break from sun. 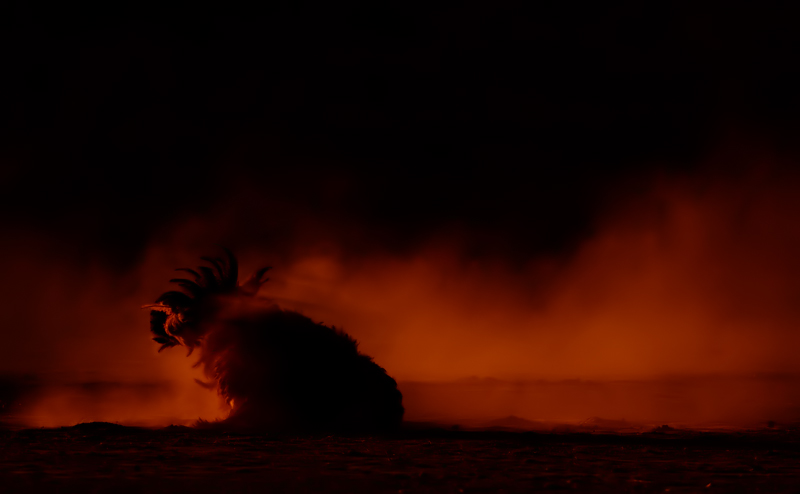 An ostrich dustbathing in the Kalahari desert 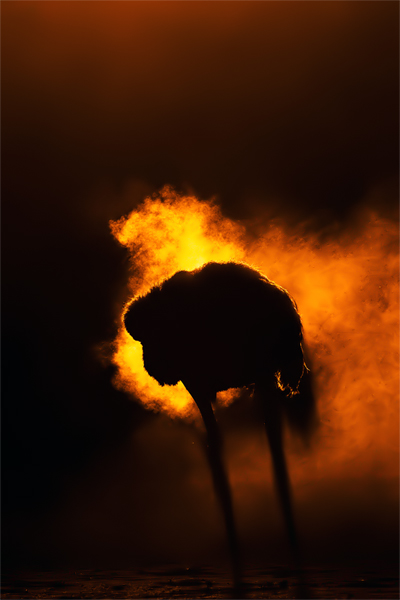 An ostrich after a dust bath.

The first photograph’s full frame looks better in monotone and can be seen here.