Spending several months in a small area of a national park can sometimes lead to recognizing individual animals that inhabit that area. When I first saw this old and injured lion near the Gemsbokvlakkte waterhole, I knew he wasn’t part of the pride that was frequently seen in the area. Turned out that he had been chased away from his pride in the east following a bloody coup. With deep wounds and a body that was weak after what was a probably a colossal fight, he had wandered into foreign land.

As the sun set, I couldn’t help but wonder if that was the last sunset that this beast would see. I caught a glimpse of him looking away into the sunset, as if he was thinking what I was thinking. 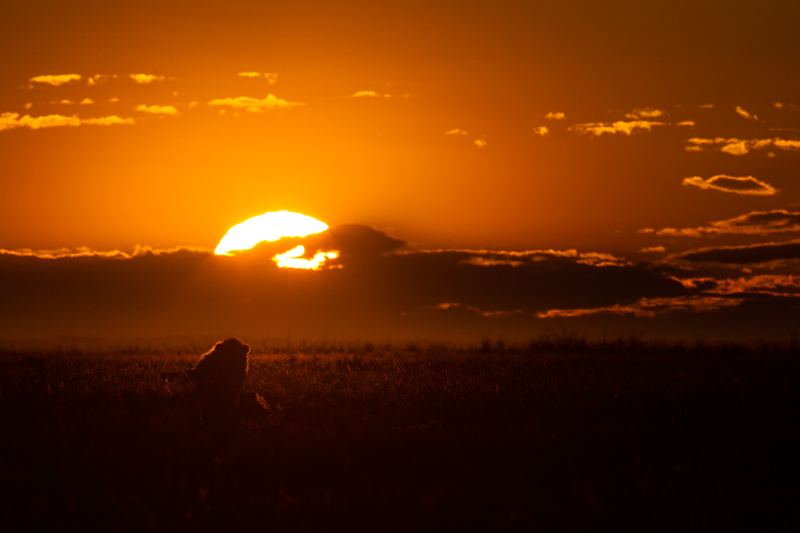 As the blood moon rose and distant calls of the local pride filled the night air, the lion sat quietly as if reminiscing the days in which he would call out his authority. 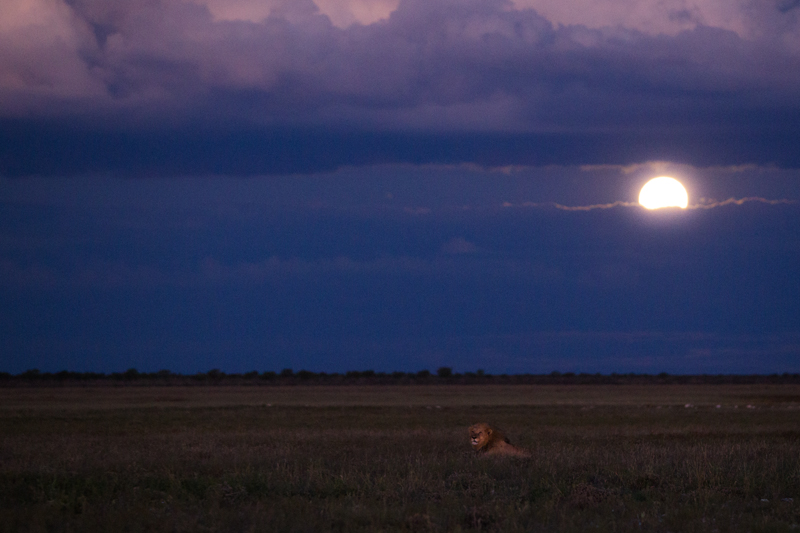 The lion was never seen again.